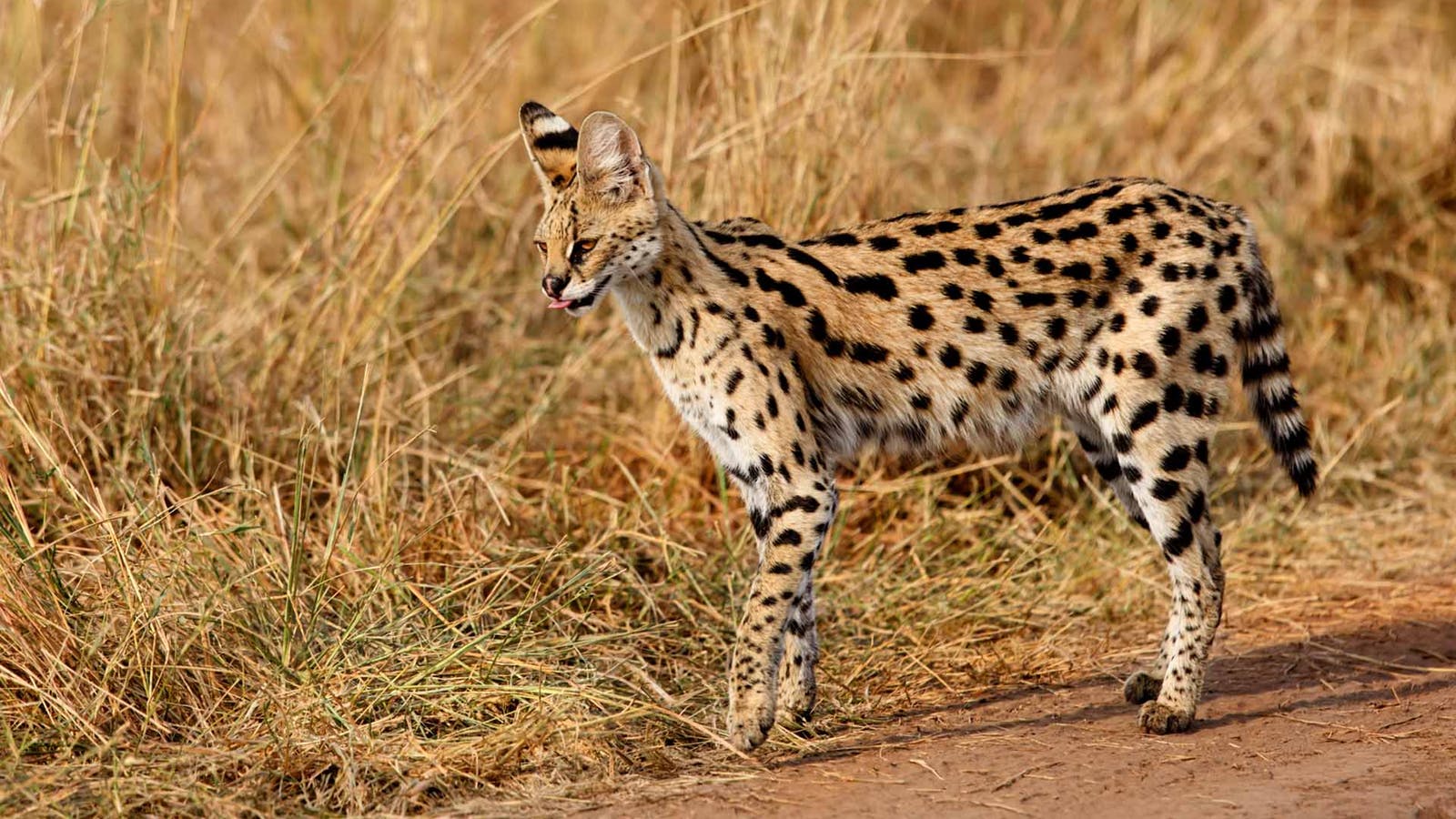 Guests who embark on a Kruger Park safari almost always come to the park with the hope of seeing various kinds of animals while they are there. The Serval is one of those creatures that many hope to tick off their list.

What is it and what does it look like?

The serval is a rare sighting in the Kruger National Park, so guests often don’t realise what it is that they are spotting.

The serval resembles a medium sized cat (54 to 60 cm at the shoulder) and the males can weigh up to 18 kg.  Females are slender and weigh less.  Another difference between the domestic cat and the serval is its legs.  Servals have much longer legs. It has a small head and large ears with a spotted and striped coat. The serval can easily be mistaken for a caracal or even a cheetah as their coats are very similar.

These animals can be seen active in the day or at night but are known to rest in the midday sun in a shady spot.

This is a very unsocial animal and can only be seen with other servals in the mating season.  After a gestation period of about 70 days, they usually have two or three cubs.   Mothers and cubs stay together until the cubs are about a year old.   Then the males leave the nest, while the females often stay longer.

Servals are carnivores and prey on rodents, small birds, insects, frogs and reptiles.  They have also been seen preying on larger animals such as the duiker or young antelope.  They have exceptional hearing and use that to locate their prey, after which they will slowly stalk their prey before pouncing on it.  Servals have the ability to jump up to 2 meters in height and by jumping they can cover a distance of 3 meters. 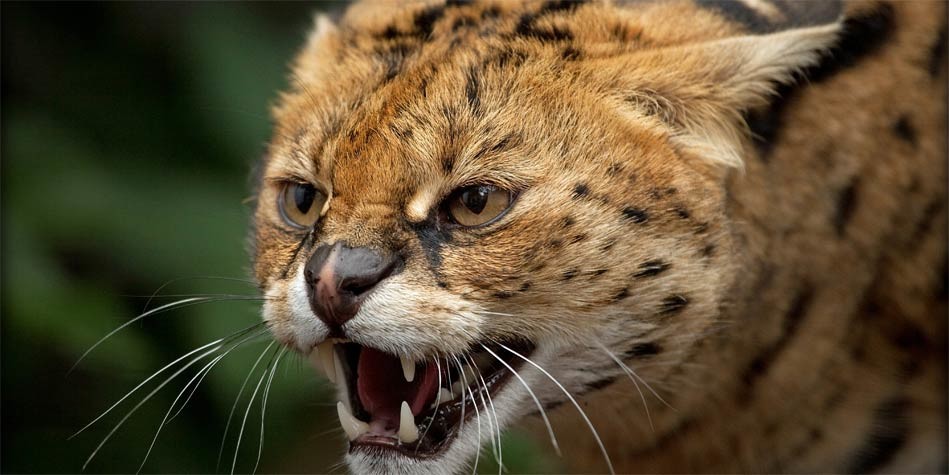 One out of two serval hunts are successful.  And occasionally servals do become the prey.  Both wild dogs and hyena are known to kill them and servals will attempt to stay away or escape from their view.  When chased, servals will flee giving long leaps and changing direction as they run.  They are also known to climb trees in an attempt to get away, although they are not frequent tree climbers.

A prime spot to find servals while on a Kruger National Park safari is the main road between Malelane and Skukuza.  Another area where they have been spotted is at the Transport dam and also around Orpen gate/camp.

Book your Kruger National Park safari and experience the best that Africa has to offer.