If you are looking for a safari adventure then look no further. We are a Kruger Park safari company that specialises in Wild Life Safaris within the Kruger National Park, South Africa, to make your wildest African Safari Dream to come true. The Kruger National Park is one of Africa’s finest jewel, like no other in the world, established in 1898 to protect the fauna and flora of this amazing wildlife heaven and consisting of almost 20 000 square kilometres in size, an area bigger than Wales or Israel.
Read More 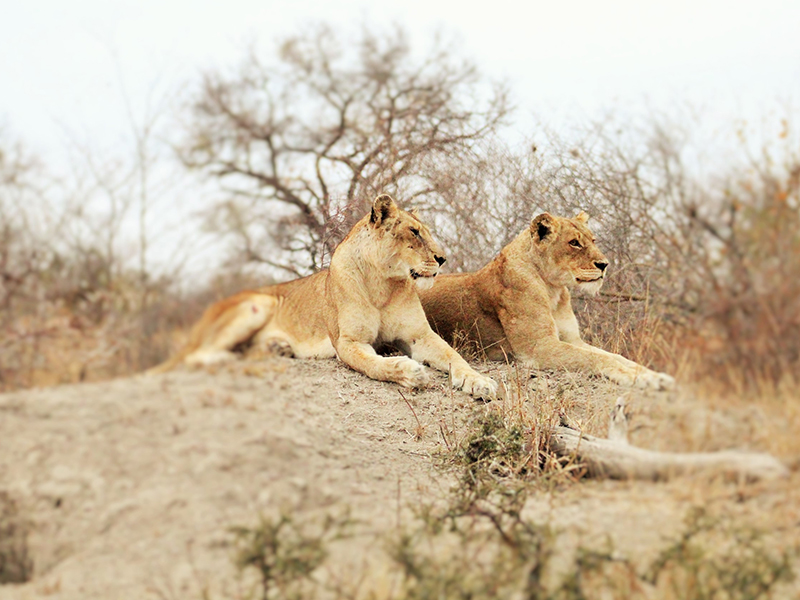 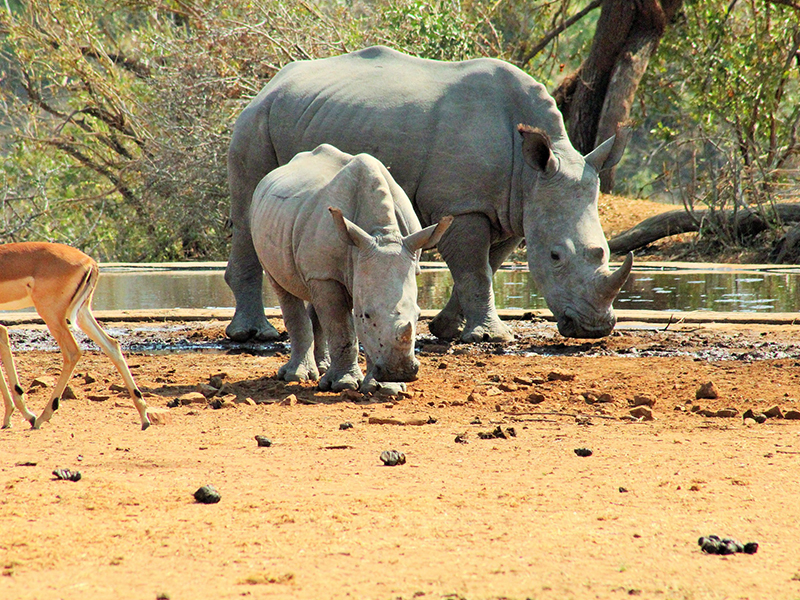 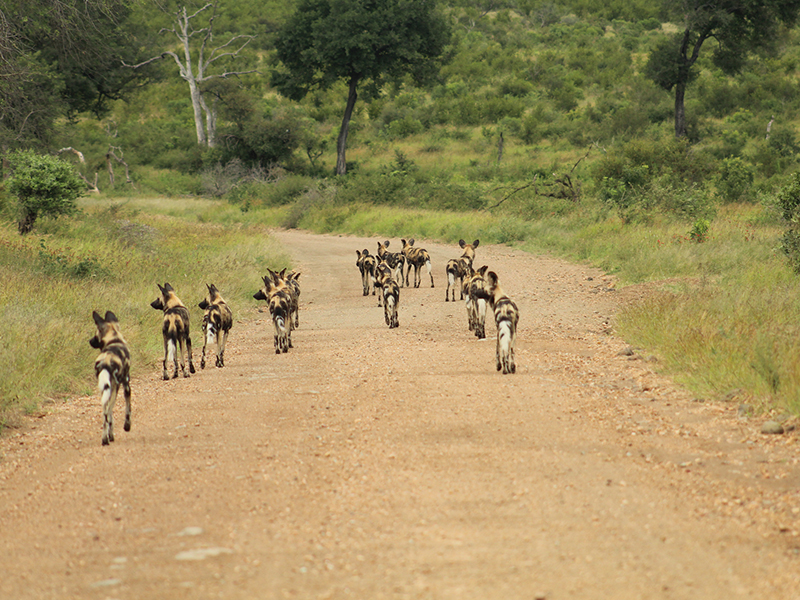 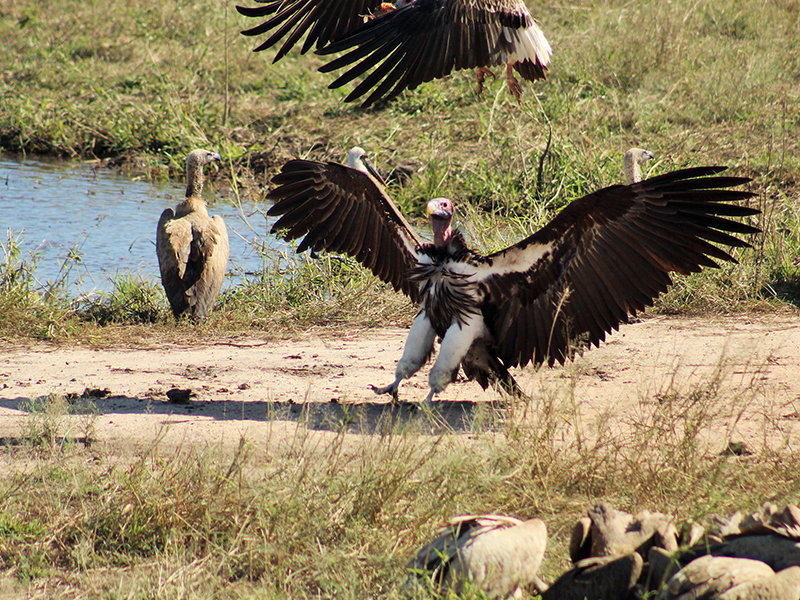 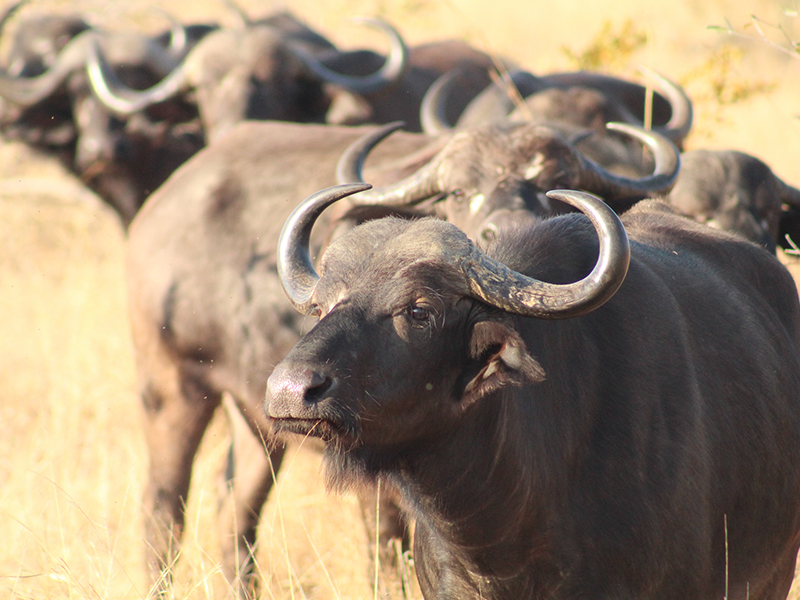 The 12 Main Camps of the Kruger

The 12 Mainstays of the Kruger Park

The 12 Main Camps of the Kruger

Letaba
Letaba is found at the halfway point of the Kruger Park, exactly between north and south. The name Letaba means River of Sand and is well known for spotting elephants. Letaba is one of the few camps that still remains lush and green. The nights at Letaba are filled with life. Bugs, cicadas, frogs, owls and many more make the night alive with all kind of sounds.

Mopani
As the name implies, Mopani and its surrounding area is home to vast amounts of Mopani trees. What makes the camp really special is the Large Baobab tree in the park. Unlike other camps, the plant life n Mopani are left to grow naturally and undisturbed. Animals you are very likely to find at Mopani are Hippos, Tsessebe, waterbuck and antelope. A great sight is to see the animals in the afternoon drinking water from the Pioneer Dam, which is situated on the border of the camp.

Olifants
One of the things that Olifants is well known for is the amazing views. The Camp is found high on top of a hill and overlooks the Olifants River. Qith Viewing platforms throughout the camp, you can enjoy amazing views wherever you are. Animals you can find around Olifants include, hippos, crocodiles, elephant, lions and antelope.

Punda Maria
Known as one f the hottest camps in the Kruger park, quite literally. During the summer months, it can sometimes be unbearable at night because of the immense heat. A reason for this heat is Punda Maria is situated in a sandveld habitat. An advantage of the sandveld is that it contains a large variety of interesting plants that can’t be found anywhere else in the park. Punda Maria is often referred to as the Botanical Gardens of the Kruger Park. Zebras and Nyala are some of the animals you can encounter here.

Berg-en-Dal
Being the newest of all the camps, Berg en Dal has all of the newer innovations and technologies that most of the other camps lack. Located in a beautiful rocky, mountainous area of the park, Berg en Dal is famous for its natural rock gardens. Berg en Dal is located in the southern area of the park that is known for its vast number of different animals. Animals you can find in the area include Klipspringer, Wild Dogs, and Leopard. Berg en Dal is a bit smaller than the other camps but it luckily comes with a number of great facilities along with the amazing accommodation.
Berg en Dal has a rather sad history. Before the camp was set to be opened, it tragically burned down. Officials have scrambled to get the park ready before opening day. Miraculously they were able to get everything done and ready for opening.

Crocodile Bridge
Getting its name from the river that flows past it, Crocodile Bridge is one of the most popular camps at the park. When driving in the Southern Circle, you will have an amazing game viewing experience, able to see animals like Lions, Kudus, Giraffe, Cheetah and Spotted Hyena.

Orpen
Situated between two satellite camps, Orpen is in a very good place at the Park. Orpen got its name from the owner of the land that got donated to the park, Eileen Orpen. With plenty of grass around the camp, Orpen is known for having plenty of grazing animals. The surrounding plans are known for having many prides of lion. The night air is filled with the sounds of roaring lions, something you will never forget. Rhinos, buffalo, elephant, and leopard.

Pretoriuskop
Nested between granite outcrops that are hundreds of years old Pretoriuskop is famous for the amazing granite boulders you can find in and around the area. Pretorius kop is located in the South Western area of the Park. Though the granite outcrops are amazing, the real attraction is the animals. Some amazing animals you can experience are Antelope, Hartebees, wild dogs and kudu.

Shingwedzi
Shingwedzi is found in the older, northern region of the Kruger Park. Known for its amazing animal sightings including elephant, nyala, and waterbuck. The only way to get to the camp is to travel the scenic route along the Shingwedzi River. The Camp is considered to be very rustic and doesn’t have all the amenities the other camps do. All of this makes staying at Shingwedzi a real break away from the modern and busy life. Along with the peacefulness, you will also see a great array of birds including the Giant Eagle Owl and the Green Pidgeon.
As part of being a camp in the Northern region of the camp, the plant life is much sparser than the other regions which means it is much easier to spot animals. This camp is also one of the furthest camps in the park, meaning that it isn’t as busy as the other camps and it also means you can relax in peace and quiet.
The area is known for having the biggest elephants ever in the Kruger Park. There was a group of elephants called the Magnificent Seven. They were elephants that had the biggest tusks ever recorded in the Kruger. Artists from all over would come and paint the elephants and immortalize them in history. The tuskers lived in the area from the 1070s to 1980s. The Tuskes of these great elephants can now be seen all over the Park in different camps.
Shingwedzi is a camp that has all the modern amenities but still keeps the rustic charm that the park is famous for. There is a great variety of accommodation in the Camp from camping to fully decked guesthouses. There is a bit of everything here for everyone. There is air-conditioning in every form of accommodation.

Skukuza
Skukuza is the largest camp in the park and is also the Headquarters. After a great morning of spotting animals, it’s a great idea to go to Skukuza and enjoy a wonderful lunch. Located on the southern banks of the Sabie River. For people staying for lunch, there are picnic areas both inside and outside. Some animals like Busbaby’s, hyenas and warthogs can be found in the area.
Named after one of the park’s most popular wardens, James Stevenson-Hamilton. Originally called the Sabie Bridge Camp, it was later renamed Skukuza after James Stevenson-Hamilton’s 30th anniversary. In terms of accommodation, there is plenty of accommodation ranging from camping in tents and caravans to bungalows and guesthouses. The most luxurious lodging is the Kruger Shalati Train that is to be built on the Sabie Bridge.
Since this is the main camp of the park, it contains all the normal amenities that the other camps have including ablution facilities, ATM’s, and shops, with some added perks like a golf course, swimming pools, memorials, and museums. Behind the scenes away from the peering eyes of tourists, the staff of Skukuza run around to keep the camp and the rest of the park running smoothly.

Satara
Satara is home to some of the first rondawels in the park after popularity of the park increased. More people needed more place too stay. Satara is now one of the busiest camps known for its amazing game viewing opportunities. Satara is located in a very wooded area f the park and is a go-to for avid birdwatchers. For those who love terrestrial animals, you can find lions, giraffe, wildebeest and honey badgers.

Lower Sabie
Located along the Sabie River, there is a very laid-back feeling that you get when entering Lower Sabie. With massive trees sprinkled all around there is always a shadow you can relax under. The abundance of trees also makes the camp a perfect place to spot Leopard. Since the camp is found along the river, you can spot animals like lion, hippo, antelope and water buffalo.

From a very young age, I have been passionate about Africa, its natural wonders and its abundant wildlife. I grew up around the Kruger National Park, with the wildlife thriving around me, and seeing all the tourists visiting this magnificent part of the world lead to me conducting Kruger Park safaris.

Our experienced guides have great knowledge and understanding of KNP’s Fauna and Flora. They know how to provide the very best Kruger trips. They know the best spots where you can experience the African wildlife up close and personal, from the safety of a private safari vehicle.

TIA we always say, which means “This Is Africa”, be prepared and take note...
Read More

Book your next safari today!