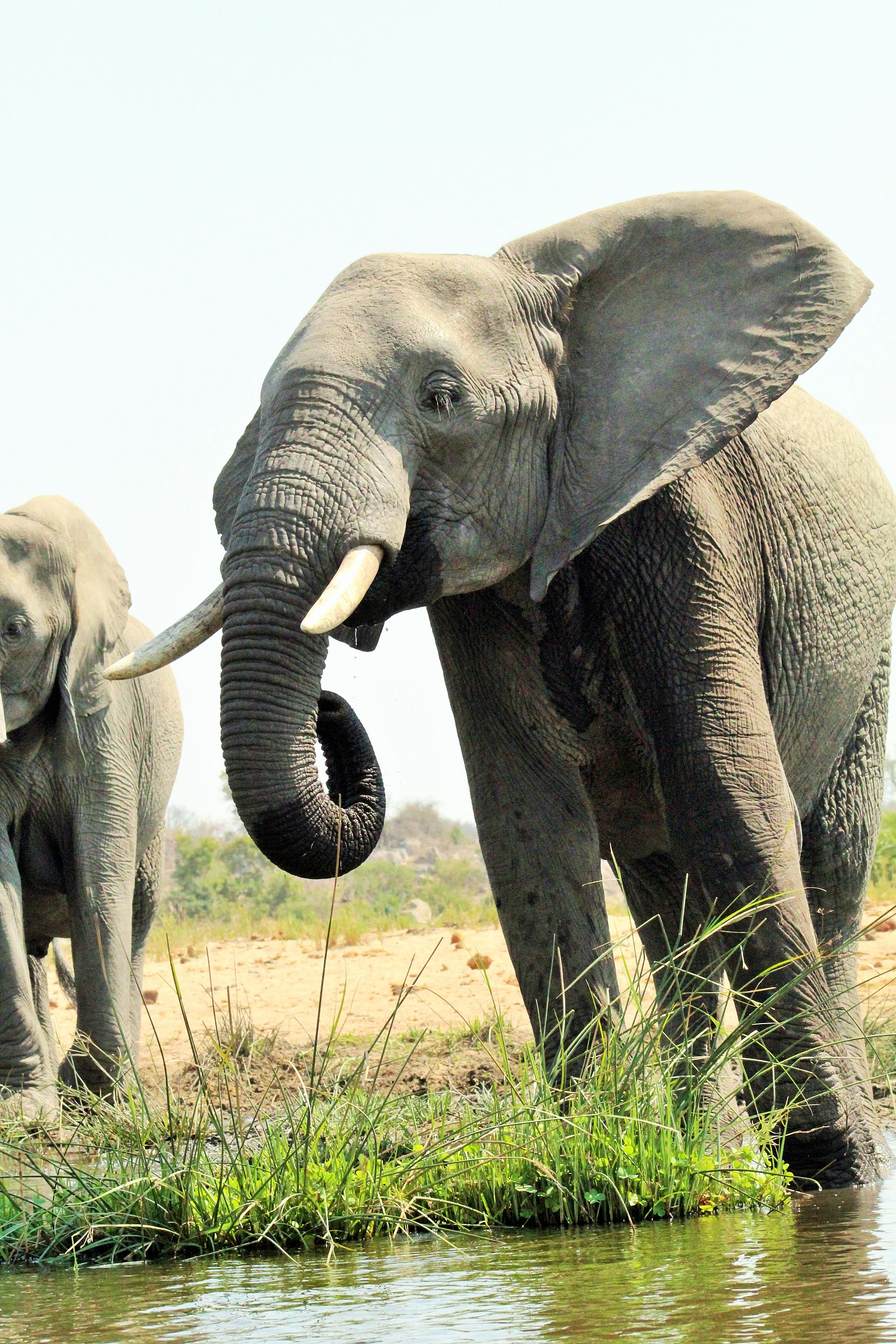 Anyone who has seen an elephant will use the word magnificent to describe one of Africa’s most amazing beasts. But every now and then, there comes an elephant that clearly stands out from the rest.

As a part of the awareness raising efforts, Paul Bosman, a well-known wild life artist painted each of the elephants after numerous visits to the park.  After the death of these seven elephants, their tusks and skulls were retrieved and put on display at the Elephant Hall Museum at Letaba rest Camp.

Dzombo got his name from the Dzombo Stream that can be found between the Shingwedzi and Shawu Valleys in the Mopani Flats in the north of the Kruger National Park.  The name Dzombo comes from the Tsongo word Dzombolo with means “To wait for something that is slow in coming.”  Dzombo made his home around the Tsendze, Letaba and Shingwedzi Rivers where he was often seen ambling along in the grassy vlei areas.

Although Dzombo’s tusks were a classic shape; bowed and curved pointing forward and slightly upwards. Dzombo’s were almost identical in length, thickness and shape.

Sadly this magnificent elephant was the only one of the seven to be killed by poachers who crossed the border from Mozambique in 1985.  Caught in the act of chopping out his tusks by a Ranger, the poachers fled the scene, leaving Dzombo’s stunning tusks behind.  He was only 50 years old when he met his untimely death. 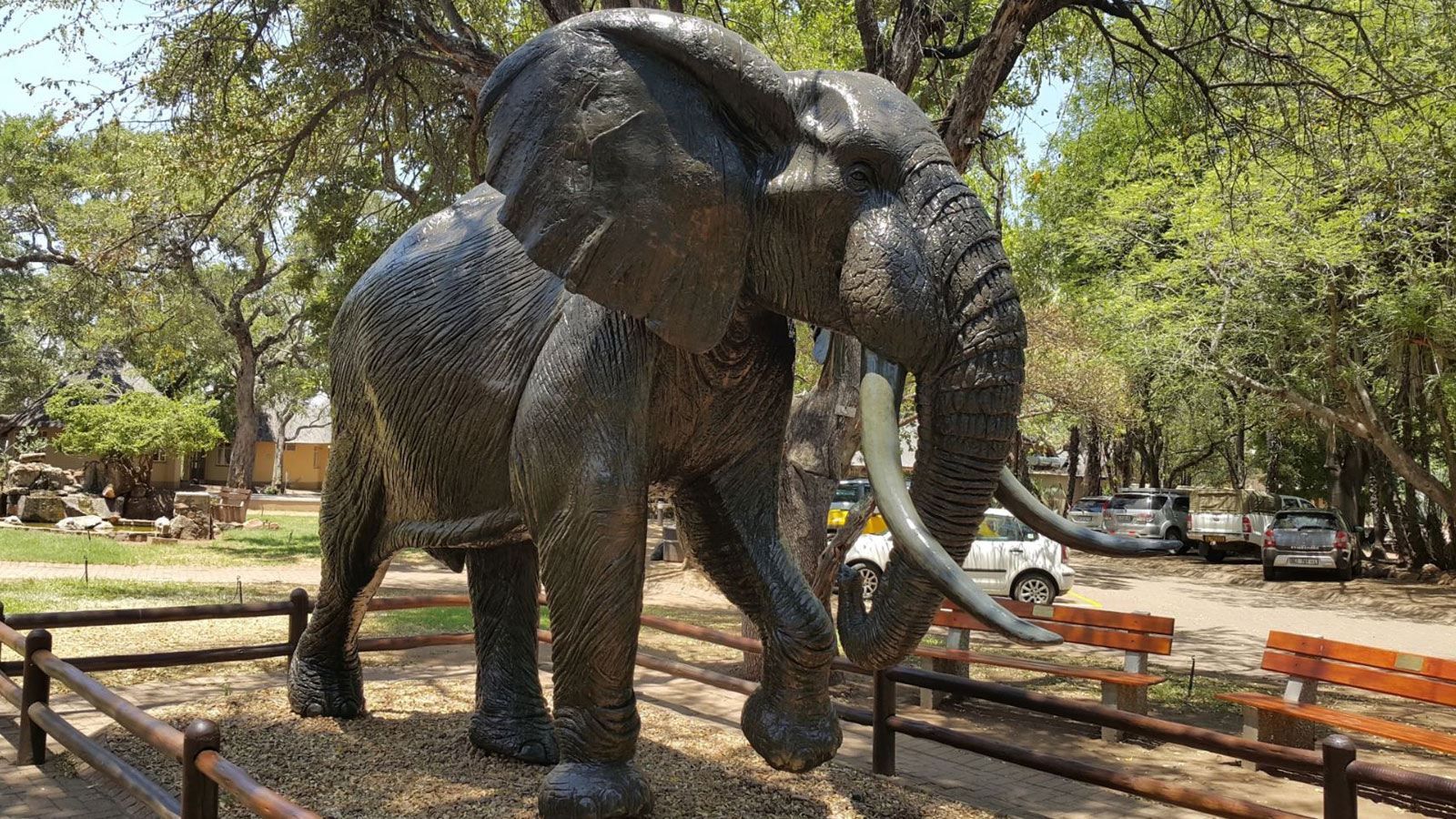 Shawu got his name from his home.  Shawu spent most of his life in the Shawu Valley, a large area between the Letaba and Shingwedzi Rivers.  He traversed this area at a slow pace and it took him about 6 months to cover from South to North.  This magnificent elephant sported the longest tusks in the Kruger National Park and the 6th longest recorded in Africa.

Shawu was a pleasant elephant, measuring 340 cm at his shoulder. He was not disturbed by the cars and showed no fear of people, making him a very approachable elephant. In 1981, he was monitored with a collar because of the threat of poachers from Mozambique.

In October of 1982, after showing signs of illness, he died of natural causes.  He was nearly 60 years old.

Ndlulimithi got his name from a traditional Tsongo word that means “Taller than trees”.   He lived his life from them the Mooiplaas main road to the park’s western boundary.  This area contains the Byashishi drainage system that crosses to the Shingwedzi and Phondol rivers.

Ndlulamithi had beautifully curved tusks, with the left one sweeping low and forward and the other one more twisted than any other large bull.  He too was a large elephant bull measuring 345 cm at the shoulder.  In 1980 he was first identified as he made his way along the north of the Kruger National Park close to the Nkokodzi River.  He was a secretive elephant and was seldom seen.  He was also an aggressive elephant that actually charged Dr Anthony Hall-Martin and his assistant while they were on foot trying to photograph him.  In 1985 his remains were found by the section manager of the Shangoni area near the Nkokodzi River.  It is estimated that he was 58 years old.  He died of natural causes.

When on a Kruger Park safari, you have the exciting opportunities to spot all kinds of elephants, including the current big elephants that have recently been spotted around the park.