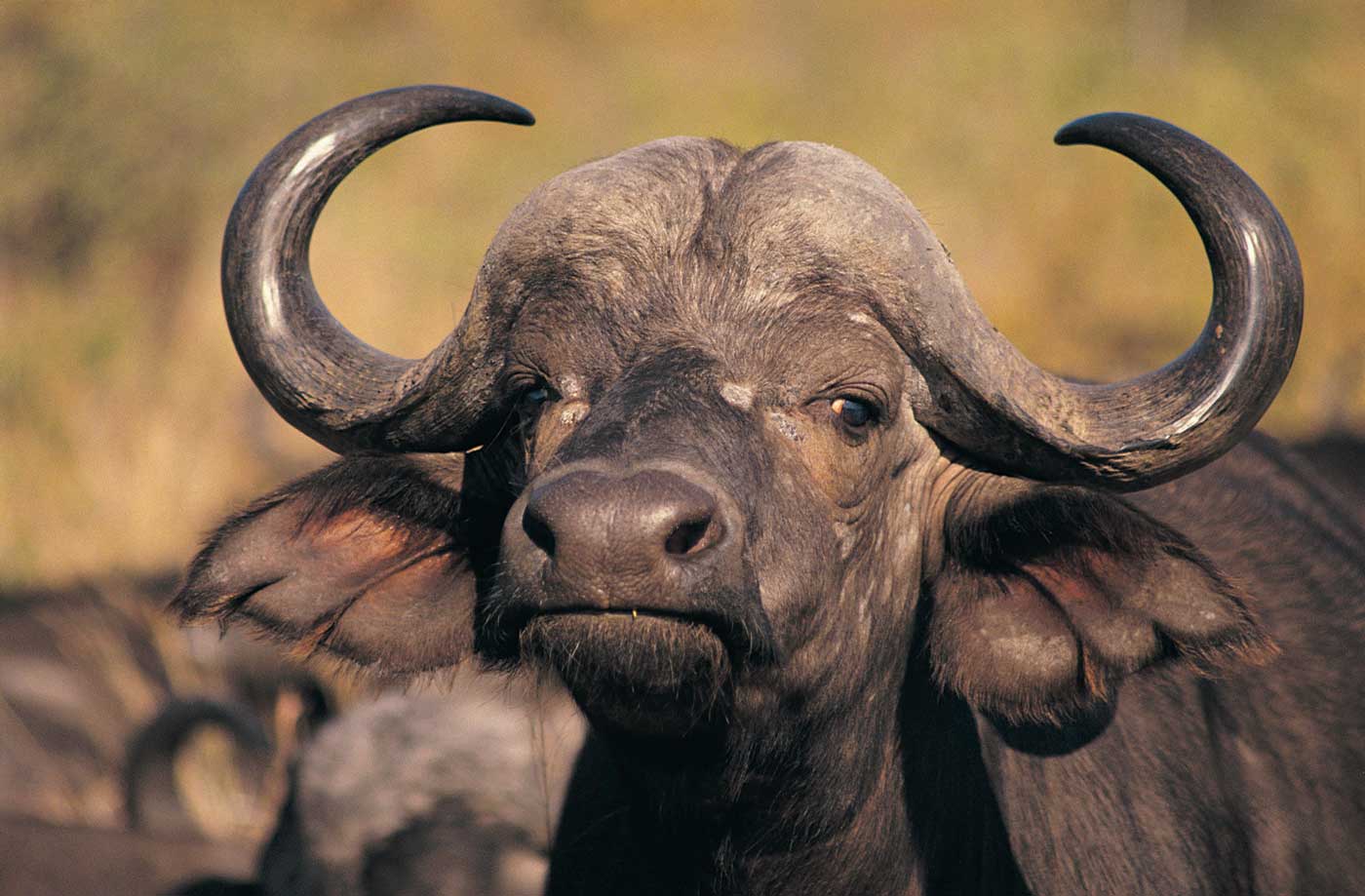 The Kruger National Park is home to the African Buffalo also referred to as the Cape Buffalo. This fearsome looking animal, with its might horn span and legendary bad temper, is spotted during most Kruger Park safaris.

This animal is large, generally about 750 kg, and the fully grown animal can stand 1.5 meters at the shoulder. Both male and female have horns. The African Buffalo has earned its place in the “Big Five”, as a herd of buffalo are more than capable of staving off an attack from a whole pride of lions. In hunting circles, the buffalo is known as the “widowmaker”, as buffalo are not known to have the best tempers and a wounded one is most dangerous. These cunning animals don’t have good eyesight but do have exceptional hearing and smell. Many a hunter has told the tale of how a wounded buffalo will ambush the hunters by backtracking and then waiting for the unsuspecting hunter. Several hunters have been killed by buffalo over the years.  When a buffalo is wounded by a lion, several others will rush to its defence.

Buffalo are grazers and do so either in the early morning or at night on the savannah grassland or areas where there is long grass. They do need to drink water daily so they tend to stay close to water where you will often find them in the reeds.  Apart from drinking water they also like to wallow in the water or even take a mud bath to rid their bodies of flies or ticks. Ox-peckers can also be seen riding on the buffalo, aiding them by removing ticks from their bodies. 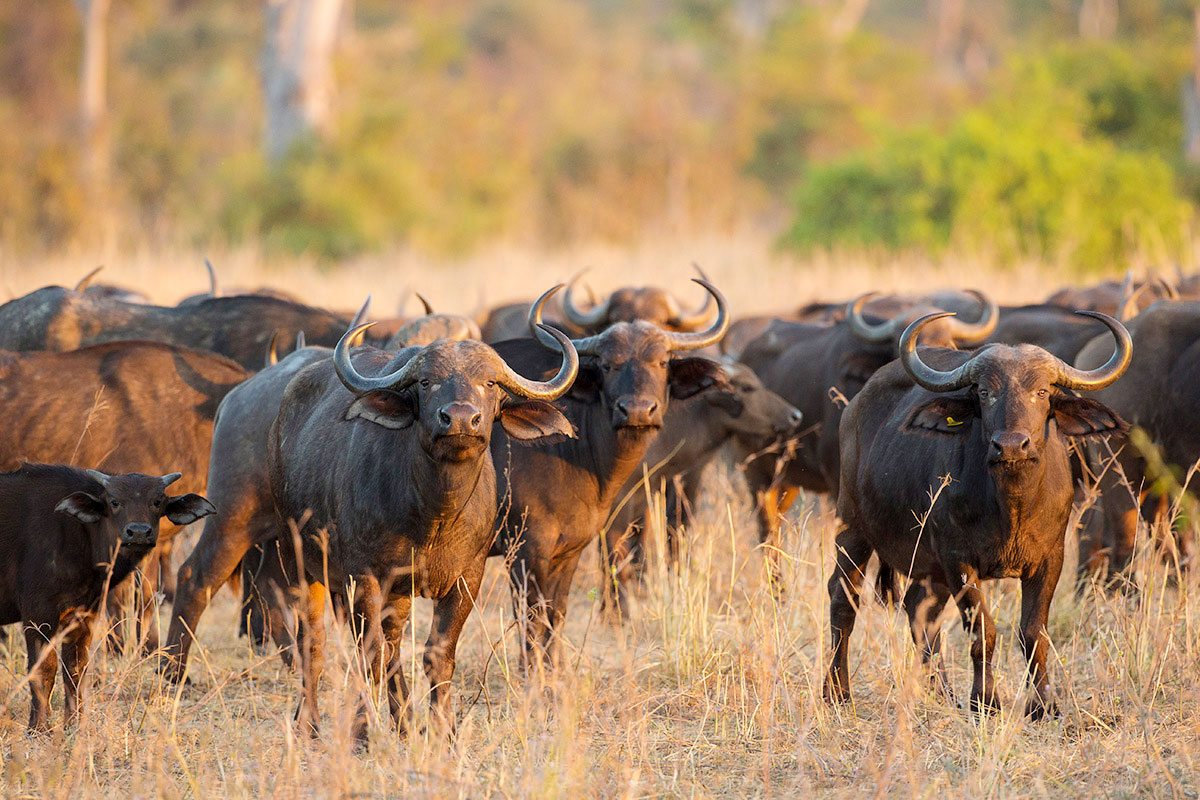 Herds can consist of up to 500 or more buffalo, consisting of dominant bulls, cows and calves.  At first glance, you will assume that it is one large herd but in fact, it is one herd made up of several smaller herds. The males form a herd and the mothers and calves form a herd of their own. Smaller herds of up to ten buffalo normally consist of young bachelor bulls. Mating takes place in the late summer months and cows have a gestation period of 11 months, so when summer starts again the cows give birth to a single calf.

As big and mean as buffalo are, they have two natural predators. Lions and crocodiles are the only predators large enough to take on buffalo. But the buffalo don’t make it easy for them, as the buffalo stick together closely making it almost impossible for the predator to pick and single one out. At the call of distress, the whole large herd responds aggressively. When danger is threatening, calves are put in an inner circle of the buffalo.  These buffalo then fend off the predators with their horns. Many a lion has been injured or even killed in this way.

Next time you out in the bush on a hiking trail and you happen to come across a buffalo remember this saying, “Buffalo look at you as if you owe them money”, so make a quick getaway.