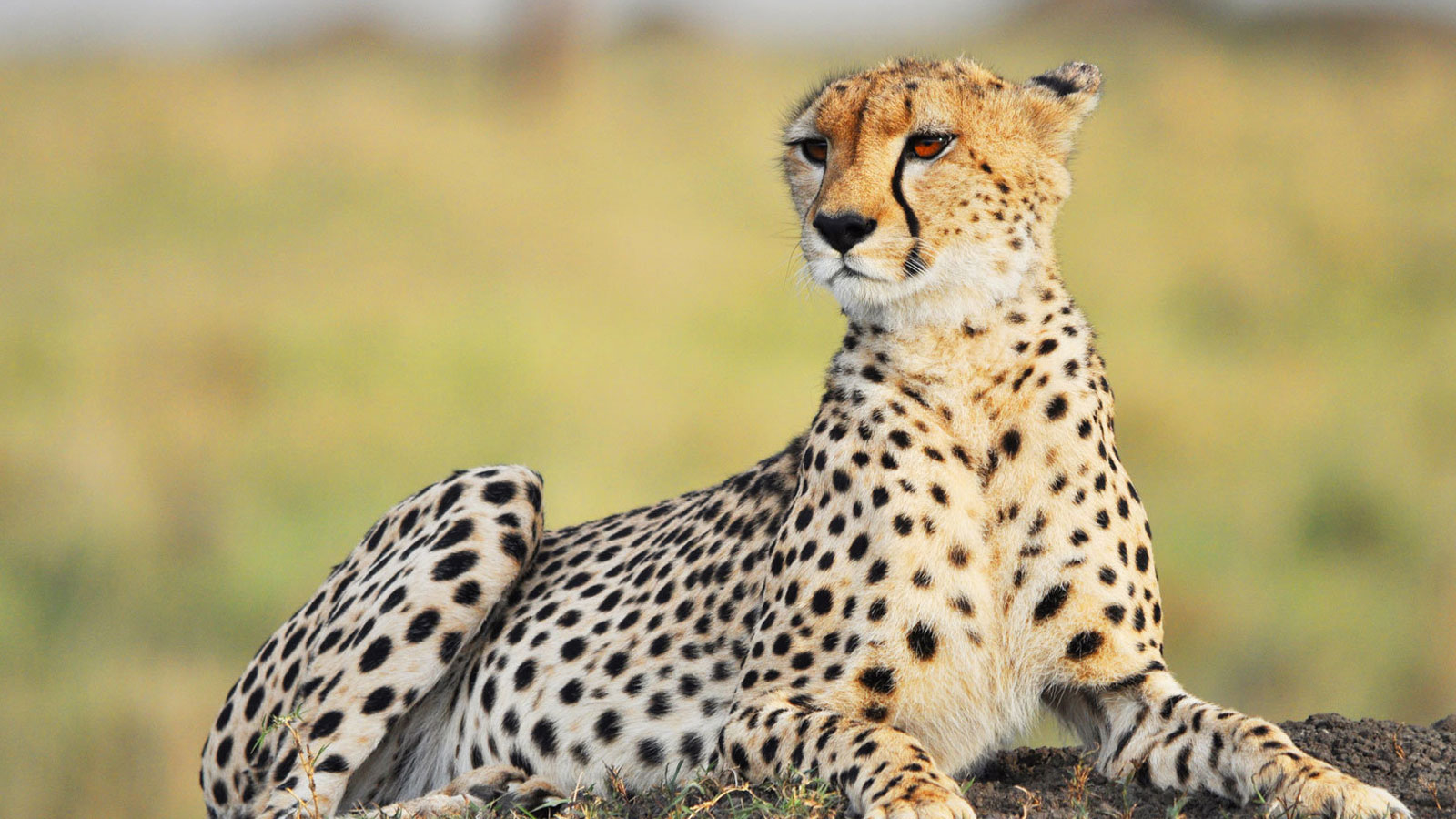 All about: The Cheetah

The Cheetah is an amazing and very beautiful member of the cat family and is also vey shy in nature. The cheetah is an iconic animal in the Kruger Park that shares some visual features from one of the Kruger’s Big 5: The Leopard. The cheetah is a medium sized cat that weighs 40 – 60 kgs and stands 800 mm at shoulder height. The few similarities between the Cheetah and the Leopard is the coat colour, both the Cheetah and Leopard have a yellow-cream coloured coat that covers most of the body and with the underside being white, and they both have spots that cover their body. The Cheetah has a very small and rounded head compared to most cats. The Cheetah has a much slenderer body than other members of the cat family, this largely has to do with the fact that the Cheetah has to be small and light enough to be able to reach speeds of over 90 km/h. 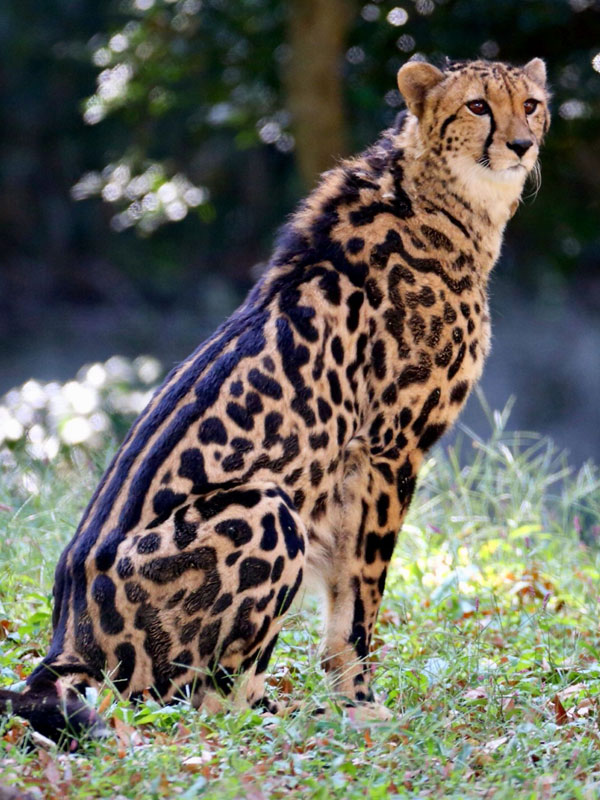 The Cheetah is a medium sized predator that catches prey that is smaller than Wildebeest, Buffalo, Kudu, Giraffe or Zebra. This leaves many species of antelope, like Duikers, Impala, Blesbok, Klipspringers and Nyala, small birds, baboons, hares, foxes and Porcupines as prey available to the Cheetah. Cheetahs are semi social animals who live in family groups that can have up to 6 members. These family groups will often hunt together to either take down large prey or many smaller ones to supply them with food for a time. Breeding can occur throughout the year with females having a gestation period of 3 months. After gestation, up to 6 cubs will be born n a litter with most of them, sadly, not making it to adulthood. Cheetah cubs often fall prey to Leopards and Hyenas and the female will much rather save herself and one cub than to defend the cubs and get killed herself.

Cheetahs are daytime animals that are mostly active during the mornings and the afternoons. Cheetahs will choose an elevated resting place during the middle of the day to rest and scout for prey and other predators. Cheetahs aren’t the most seen animals in the Kruger Park and will sometimes require patience when looking for them but it will be well worth the wait as seeing a Cheetah in the wild is something you wont easily forget. A strange mutation can occur when a Cheetah is pregnant that makes some or all of the cubs have a totally different appearance to the usual look. This Cheetah is called a King Cheetah, identical to the African Cheetah in every way but appearance. The King Cheetah has a dark line that runs town its back and has much larger, blotchier spots, with many spots connecting and making weird patterns. The King Cheetah also has longer and slightly denser fur than the African Cheetah. King Cheetahs are an extremely rare sight and only 6 sightings have been recorded in the past 100 years.

Why not book a Kruger Park Safari with Wanyama Safaris? You could get lucky and find a Cheetah or two!